Qingdao SG Global Tips: The method of making fiber yarn from plastic film is called film forming method. In the plastic knitting industry, it is called drawing. Due to the different methods of film forming, the produced filaments can be classified into two types. 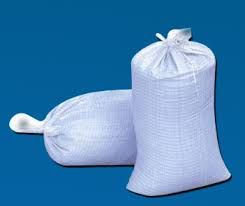 The first type is a flat yarn which is a product of longitudinal stretching after cutting a film into a narrow strip which is a flat strip.

Previous Page: Mesh bag quality and stitching Next Page: Do you know how the mesh bag manufacturer stores the mesh bag?